We are erecting a statue of a West End advocate and icon, on the street named for him.

Ezzard Charles is a Cincinnati legend. More than a Heavyweight Champion of the World, Ezzard Charles was a West End resident, entrepreneur, renowned jazz enthusiast, and a brilliant Renaissance man. We are erecting a statue to honor his legacy within Laurel Park along Ezzard Charles Drive in the West End of Cincinnati.

Who was Ezzard Charles?

Known as the Cincinnati Cobra, Ezzard Charles was a professional boxer and World Heavyweight Champion from 1949 – 1951. A long time Cincinnatian, he was also an entrepreneur, a musician, a multilinguist, and a good-will ambassador to the West End community, where he lived at the height of his boxing career. The statue is to be erected within Laurel Park along Ezzard Charles Drive in the West End of Cincinnati. 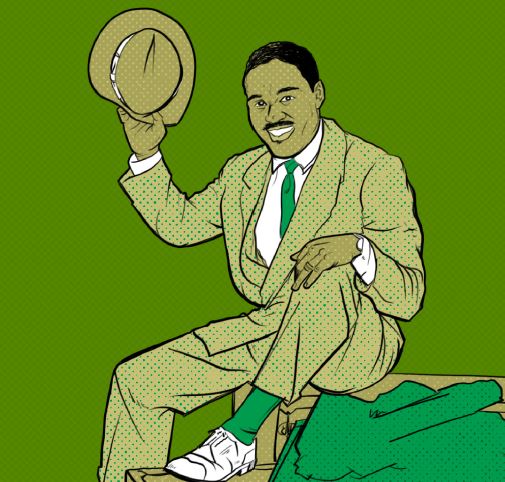 More than a statue

More than a statue, this project has ignited the community and partnerships across the city. Each October, the Seven Hills Neighborhood Houses host the annual Ezz Fest celebration, which features live jazz music, free food for the neighborhood, and family activities. MadTree Brewing, who also supports the Fall Releaf program, has joined the project by committing to donate more than 100 trees to the park and surrounding neighborhood. Cincinnati Bell will be installing free WiFi in Laurel Park for the West End community; more details will be announced soon.

Through the generosity of the Carol Ann and Ralph V. Haile, Jr. Foundation—as well as several other community partners—the bronze statue and plaza commemorating the life and legacy of Cincinnati’s World Heavyweight Boxing Champion, Ezzard Charles, will soon be realized in the heart of the West End.

The statue is to be erected within Laurel Park along Ezzard Charles Drive in the West End of Cincinnati. Local artist John Hebenstreit, known for the Black Brigade monument in Smale Riverfront Park, began sculpting the 13-foot statue of Ezzard Charles in 2017. The work of the Ezz Committee—consisting of two former Haile fellows, designer Jason Snell & videographer Kailah Ware, as well as architect Jaipal Singh, writer James Cunningham, and Hebenstreit—supports the concept originated by CPF Board member and pop-artist, Andrew VanSickle.

The Ezzard Charles statue project prompted a revitalization of Laurel Park, including the sculpture, the planting of over 100 new trees, the installation of benches, wayfinding signage, a progressive web application (app), free public WiFi, and an accessible plaza for all to enjoy.

THANK YOU TO THE EZZARD CHARLES STATUE DONORS: